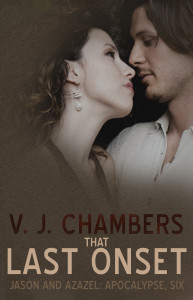 Jason wants to punish himself for all the horrible things he’s done, and so he’s been lying low and wallowing in his guilt. When he discovers that Kieran and Eve are threatening his son, Chance, he finds Azazel so that the two of them can stop Kieran and Eve.

But in order to do so, they must go through a series of tests, each pushing them deeper into their own darkness. If they get their power back, they run the risk of becoming the very evil they want to fight. But if they don’t get the power, Kieran and Eve win and Chance is lost.

ACKNOWLEDGEMENTS
I am indebted to my wonderful beta reader for helping me whip this book into shape. Thank you so much Melinda Desy.
Read Online! >>