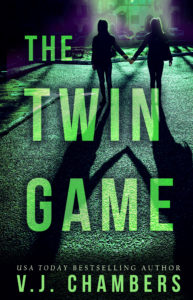 Hope Ross isnâ€™t crazy, but she knows crazy. Crazy is…

…a father telling his daughter to pretend her twin sister doesn’t exist. Worst. Game. Ever.

…a sister never leaving the house.

…a disturbed woman hidden away in the attic.

…bodies rotting in the basement.

…being accused of attempted murder.

…the police blaming the victim.

No, Hopeâ€™s not crazy, and sheâ€™s through playing games. As soon as she gets out of this mental facility, sheâ€™s going to prove it.