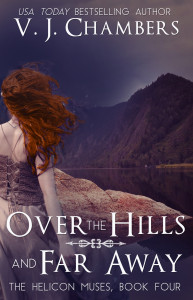 Over the Hills and Far Away is now available!!

If Hogwarts were more like Woodstock, and Voldemort was your childhood sweetheart turned abusive ex-boyfriend…

A new year in Helicon, and Nora Sparrow is determined that this one will be a drama-free. She’s intent on doing nothing but having fun, creating, and enjoying herself.

Unfortunately, drama strikes right away with an explosion at the Winter Ball. The assumed perpetrator is a muse named Lute Thundercloud, although he claims he didn’t do it.

Sawyer Snow believes Lute. In fact, Sawyer can’t stop thinking about Lute. He loves Nora, and he doesn’t want to hurt her, but he is torn–shaken by this new attraction.

And before he can even quite come to grips with his feelings, he realizes that all the girls in Helicon have suddenly fallen madly in love with a skinny fourteen-year-old named Colin Oak–who also happens to be the same guy who accused Lute of causing the explosion.

blogging jason and azazel that last onset toil and trouble

New Covers! What do you think?