So, I think a lot about structure and plotting, and recently, I was reading this book about screenplays entitled Save the Cat, which was quite intriguing and well done, I thought. Except for one, eensy, tiny thing. He kept insisting that all movies have certain elements, (I agree) and went on to use examples, and then he, like, trashed Memento.

And I was like, “What’s your problem, dude? Memento is freaking awesome.” Sure, it plays with structure, and at the end of the movie, you aren’t like cheering for the hero that just won or whatever, but that doesn’t make it bad. The hero doesn’t always win in a story. When the hero fails, we call that a tragedy, idiot! And for a guy who kept referencing things like the story of the Minotaur and Chaucer, one would think this writer would have realized that.

Which connected in my brain to this other thought process I’ve had, which is the subject of another essay, I think, about modern tragedies, and how every movie about some famous guy who was a gangster or sold drugs or did anything else is a tragedy. They’re, you know, Macbeth or Othello for modern audiences.

And, heck, I know all about tragedies, because I taught them to classes for years. And I made a particularly awesome unit surrounding the idea of The Great Gatsby as a tragedy, because it totally fits. Gatsby is a tragic hero. He has a tragic flaw, and that is his pursuit of money to impress a girl. He experiences hubris because he thinks he can fundamentally alter the structure of the world, but he can’t. And his own actions lead to his downfall.

Now, let’s backpedal a little bit. Waay back to sometime in 2011, when I was posting The Stillness in the Air online. And everyone was still commenting on my blog and telling me that they were pissed off because Jason and Azazel weren’t together anymore. Well…I was a big baby about it. I was like, “Waah. No one understands my vision.”

Breathless ends with Jason and Azazel discovering they have crazy amounts of power together, and they can drive people insane. I went to some length on videos to explain how this was supposed to be “creepy,” but I completely wasn’t getting it. I didn’t know what kind of story I was writing.

Trembling ends with Jason killing his own mother and coming back from the dead.

Tortured ends with Azazel killing an entire building full of people with her mind. Then she and Jason settle into domestic bliss. Which, let’s face it, was creepy too.

Stillness ends with Azazel completely giving into her powers and using tons of people as basically body bags to fight her private war against Jason. And it’s pretty clear her sanity is in question.

And then what did I do?

I gave her amnesia and I stopped telling the story I’d been telling all along. Because I was a big freaking coward.

I was writing a tragedy. The tragedy of Azazel. What’s Azazel’s tragic flaw? Jason. How does Azazel exhibit hubris? By thinking she can somehow fix everything and make everything work when things are clearly messed up. And she was right on track for her own actions to lead to her downfall.

And I chickened out, because I was afraid you wouldn’t like it. And what do I have to show for it?

See, I was so hung up on the idea of a tragedy meaning that it confirmed fate, like Oedipus or something. Like, no matter what Oedipus did, he was screwed. And I was like, “No! The message I want to send is that we can control our fate, and we can make things better.” But if I was going to do that, I shouldn’t have started writing a freaking tragedy, and then wussed out at the last minute and tried to write a redemption story line. And besides, tragedies don’t have to be about fate. They can, just as easily, be about the weakness in human nature.

The books should have ended with both of them dead. She should have shot him, just like everyone kept saying she was going to. I foreshadowed it like crazy!! And then I backed off. I broke promises made in the early part of the story and I screwed it all to hell. And you might have said you wouldn’t have liked that ending, but some part of you would have, because the way I had written the story, that was the ending you were expecting. You’ve seen and read enough tragedy to know how that story goes.

Call me a coward.

Incidentally, buy Between and That Last Onset anyway. Mama needs to pay the rent. And the Tarantino homages are actually pretty cool. Plus, there’s some Twilight humor. I mean, who doesn’t like that?

Oh, and BTW, The Toil and Trouble Trilogy, Book One is free on Amazon, and it has a snazzy new cover. You should read it. It’s way better than the Jason and Azazel books. I swear. 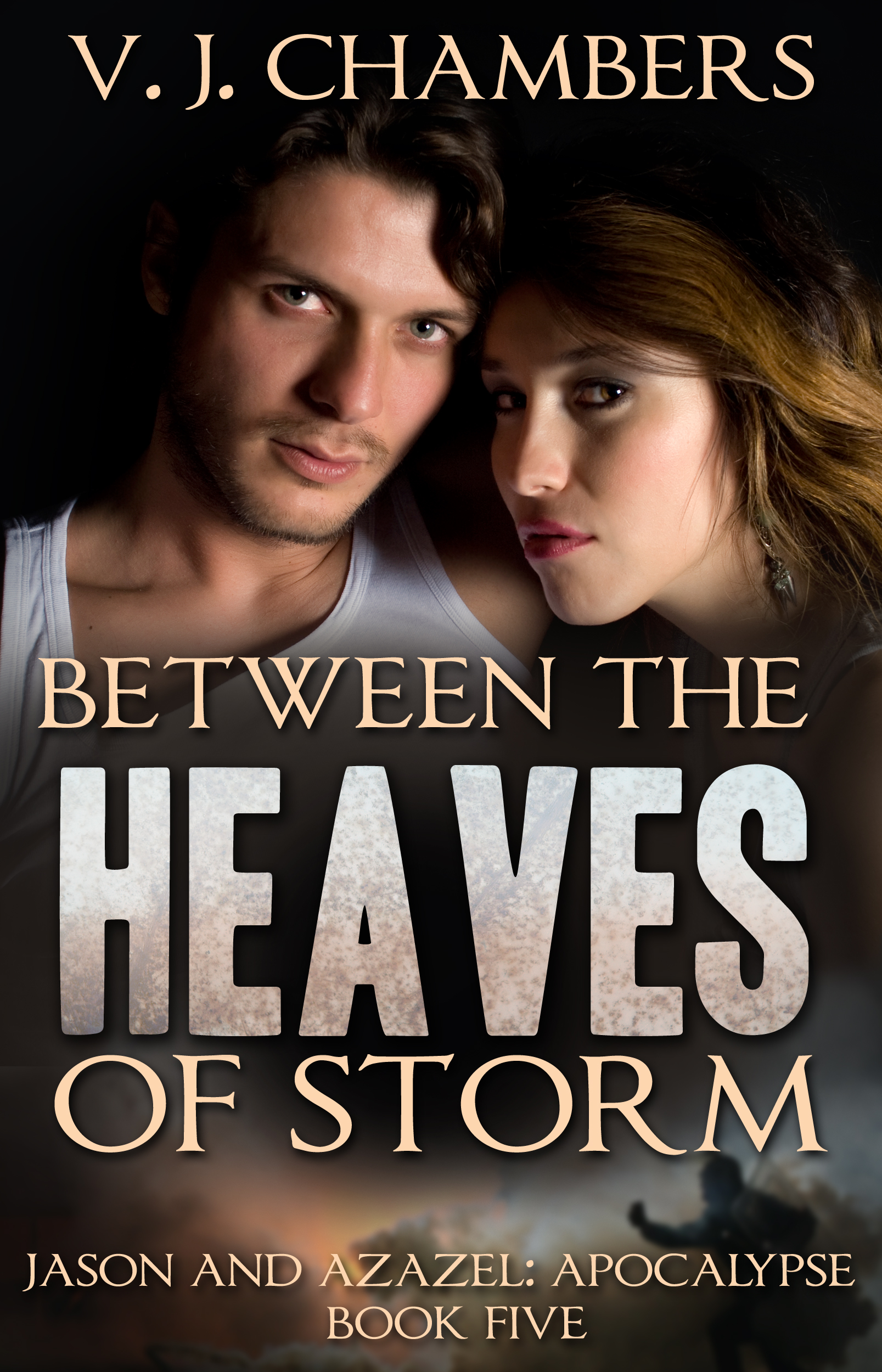