I didn’t move. He couldn’t be talking to me.

Damn it. He was bluffing anyway. There was no way he could have seen me. I’d keep quiet. Eventually, he’d assume he was wrong and shut up.

“I’m not an idiot,” he said. “I know you’re looking for that grimoire. That Lily chick told me before I threatened to cut off her fingers.” He giggled then. He sounded completely insane. “I cut them off anyway, of course.”

Jason strode to the edge of the lookout house. He was maybe three feet away from me. I didn’t move. I was huddled in shadows. He couldn’t see me.

“Now,” he said. “Why would you want the Key of Asher? Maybe it’s because there’s a section that’s supposed to purge someone of power completely.” He knelt down so that he was eyelevel with me.

Shit! He knew where I was. He had to. What was I going to do?

“You constantly surprise me,” he whispered. “That’s why I can’t stop loving you, I think. When you kicked me out, you were so caught up in your own issues with magic. I didn’t think you realized I had any magic.”

Jason had magic? That was silly. My grandmother had told me that I’d done it all. I’d placed the suggestions. I’d driven people crazy and made men kill themselves. It was me. Not him.

“Are you going to come out?” he asked.

I guess there was the fact that Jason had sort of come back from the dead once. That had been kind of creepy. And before, all the weird things had happened after Jason and I had kissed. I’d always figured that the kissing was just a coincidence. We’d thought that Jason had power, because everyone had been convinced that he had, from Michaela Weem to the Sons. It had been kind of ironic, I thought, when we realized that it had all been me, the whole time.

But maybe it hadn’t been all me. Maybe…

“Or am I going to have to drag you out?”

“Jesus, Azazel,” he muttered. “Always with the guns.”

“I want the grimoire,” I said.

“Absolutely not,” he said. “I won’t let you try to get rid of my powers. Unlike you, I happen to like them.”

What? Wait a second. Jason was completely confused about what I wanted with the grimoire. He thought I wanted to purge his powers, not my own. I didn’t care about his damned powers.

I leapt on him.

He wasn’t expecting it. We both went sprawling onto the stone floor of the lookout house. We struggled for a second, but I was on top, and I had the advantage. I pinned him, my knees between his legs, putting pressure on his groin, my gun pressed against his chest. “Tell me where it is,” I said.

“You just can’t handle not being close to me,” said Jason. “I miss you too, babe.”

“Tell me where the book is or I will shoot you,” I snarled.

Oh, that was what he thought, was it? “I’ll find it another way,” I said. I didn’t need Jason anyway. He was psychotic. He was a killer. He’d ruined my life. I pulled the trigger.

I was out of bullets.

I fumbled for more bullets, but Jason wouldn’t let me do that.

His arm came up hard and fast, knocking my gun out of my hand so that it skittered across the floor of the lookout house and dropped off the side onto the river bank.

He grasped my arm and twisted it behind my back, sitting up at the same time.

I cried out in pain. He wrenched the arm he held out from behind me and pushed me down on my back.

My other hand was free. I clawed at his face, digging at one of his eyes. His hold loosened. I was able to start to sit up.

He snatched that arm away and slammed me down against the floor.

My head cracked into the stone. I moaned.

Jason had both of my arms held down now. He was on top of me, and I lay beneath him, spread eagle.

He lowered his face to mine. “The last time we did this,” he murmured. “I remember it being a lot more pleasant.”

He gave me a wistful look. “No. Not if you don’t want to.” His lips hovered close in the air, next to mine. “But I miss that. Don’t lie to me and tell me you don’t.”

I turned my face away from his. There had to be some way I could get out of this.

His mouth was against my ear. His tongue darted out against it, something that always made me shudder in pleasure. My traitorous body did it this time too.

I struggled in his arms. “Stop it.”

“We could have everything. We could usher this world into the next age. Don’t you realize it’s what we’re made for? Be with me, Azazel. Forgive me.”

Then I heard a gun being cocked behind Jason’s head. “Let her go.”

I looked up. Kieran? Jesus Christ, what was Kieran doing here?

Jason slumped against me. “Not him again.”

“I swear to God,” said Kieran. “I will blow your brains out all over her face if I have to.”

Jason pushed himself up to his knees, his arms up. “I don’t suppose I want you to see what happens when you shoot me just yet.”

What the hell was that supposed to mean? I didn’t have the time to puzzle it out, though. Jason was no longer holding me down, so I wriggled out from underneath him, rubbing the back of my head.

“Sorry about your head,” said Jason. He sounded sincere, too. God, I hated him.

“Put your hands behind your head,” Kieran rasped. “Get to your feet slowly.”

Jason complied, making a face. “Really, Azazel, I’m kind of insulted. I thought I set the bar a little higher than this guy.”

“Kieran and I are not together,” I said, furious. If he’d just stop taunting me, maybe I could keep my cool long enough to figure out what to do.

Kieran glared around Jason’s body. “Why are you telling him anything? Is it his business what’s going on with us?”

Oh, wonderful. Now Kieran was convinced there was an “us.” There was no me and Kieran. There was just a slight, miniscule chance I was carrying his bastard child.

“Stop calling me that,” I seethed. Had he called me that when we were dating? I didn’t think he had. Where was my gun? I was going to load it, and then I was going to shoot Jason myself.

“Stop talking,” Kieran told Jason, pressing the gun tighter against the back of his skull.

Jason’s voice was low and rumbly. “Kieran, don’t fall for her. Don’t try to protect her. She doesn’t need protection. And you shouldn’t read much into anything she lets you do. Azazel’s a certain kind of girl. She’s…what would you call it? I know. Easy. I only had to shoot a couple of guys, and she hopped between the sheets with–”

I was lunging for him, but Kieran beat me to it. He took Jason’s shoulder, spun Jason around to face him, and clubbed him in the face with the butt of his gun.

Jason’s head snapped to the side. Kieran drove a fist into his midsection.

“Kieran don’t fight him,” I said, but it was too late.

Jason doubled over, but raised his head slowly. He smiled at Kieran. Blood was trickling down the side of his face. “You should listen to her.”

Jason dove for Kieran, fists flailing. He tore the gun from Kieran’s hand and flung it over the railing. He punched Kieran’s ribs, while his other fist upper cut Kieran’s chin.

Kieran absorbed the impact, but took two steps back. He roared in rage and then jumped on Jason.

The two tumbled to the floor of the lookout house, Kieran on top. He hurled blow after blow at Jason, his fists crunching against Jason’s face and chest.

Jason was laughing. He was bleeding. His right eye was swelling up, but he was laughing. He reached up and took hold of Kieran’s neck, squeezing him and lifting Kieran away from his body with one hand.

Kieran’s eyes bulged. His grabbed at Jason, but he was too far away to make contact.

In one movement, Jason pushed Kieran down on the floor and got on his knees so that he was on top of Kieran. Jason twisted Kieran’s face sharply. There was a cracking sound.

I put my hand to my mouth. Had he killed him?

But Jason released Kieran’s throat and Kieran gasped. He was alive.

Jason faced me, wiping his nose with the back of his hand. There was blood all over his face.

“Easy,” I said. I hadn’t realized that would hurt me so much. Jason and I might have gotten physical kind of quickly, but I thought it had meant something to him.

“I didn’t mean it,” he said. “I was just trying to piss him off. After all, he’s the one who’s with you now, and I’m…” He looked down at the ground, his shoulders slumping, as if all of his anger was draining out of him. “You’re not easy. You’re…” He swallowed. “Every time you touched me, it meant the world to me. I couldn’t have handled being alive that day in the hotel if it wasn’t for you. I’m sorry.” He reached for me.

But we looked into each other’s eyes for a few minutes, and I saw the hurt guy in the hotel room, who needed me to hold him to keep the darkness at bay. I had to stop myself from going to him right then and there and putting my hand on his bloody, swollen cheek.

Jason wrenched his eyes away from mine. “Get your boyfriend out of here. I think I broke his ribs.” 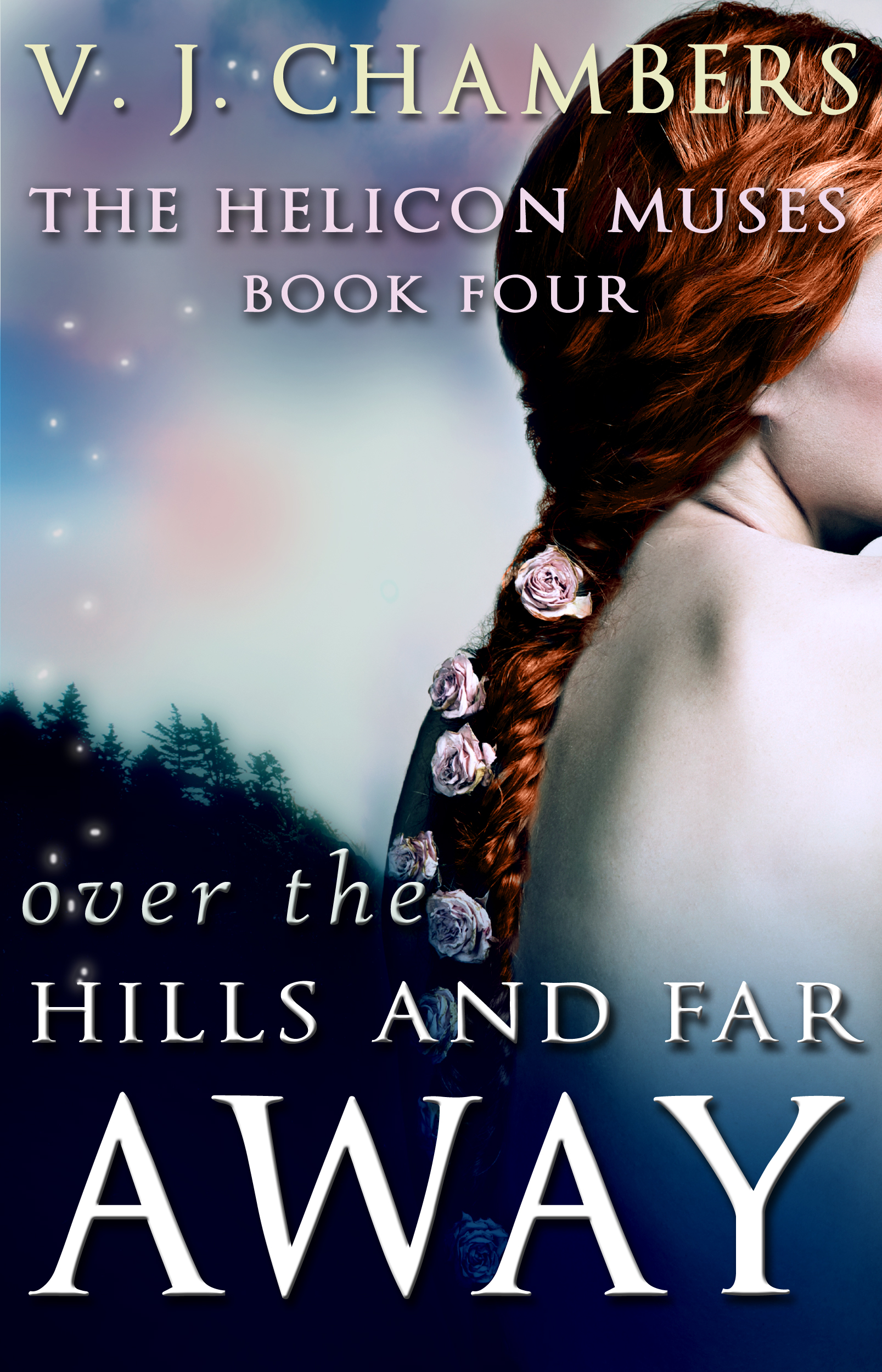 The story behind He’s Out There…