I awoke to the scrape of my window opening and sat up straight in bed.

Vigil climbed inside with grace. He moved like a cat, all darkness and fluid motion.

My bed was directly under the window, meaning that he perched there, crouched at the foot of my bed, facing me.

I pulled the covers up to my chin. I was wearing what I usually wore to bed–a white t-shirt that I’d stolen from one of my high school boyfriends. It was big and stretched out and comfortable. I always slept in that t-shirt and only that t-shirt. I thought wearing underwear to bed was tantamount to torture. I hated the way the elastic dug into my skin.

Still, I might have to revisit my pajama choices if Vigil was going to make a habit of coming through my window in the middle of the night.

“About the knocking,”I said. “You could really try it.”

“This was easier,”he said, moving off the bed.

I would have gotten up too, but I was self-conscious about my lack of clothing. I stayed where I was. “Why are you here?”

“I saved another girl. I thought you might want to talk to me about it. You said the advantage that your newspaper has over the television networks is access to me. So, you want another story?”

“Oh,”I said. That was actually pretty decent of him. I was sure that Henry would be pleased if I showed up tomorrow with another exclusive on Vigil. Of course, it meant that I would probably have to stay up tonight and get a draft done after I interviewed him, but I could handle that. I pushed the covers aside, forgetting about my skimpy t-shirt. “Let me get my recorder.”

I got out of bed.

And then I remembered what I was wearing, because I watched his gaze travel over my body. His jaw tightened.

I grabbed the edge of my shirt and tugged it down further over my thighs. Damn it. My recorder was in my purse, which was hanging over the back of my desk chair. I picked up my purse and started to go through it.

His voice was deep and rumbling. “Are you wearing anything under that shirt?”

I turned to face him, clutching my purse against me like it would protect me. “I could put something else on. If you’d… turn around?”

He closed the distance between us in two steps. (My room wasn’t very big.) He took the purse away from me and set it down on my desk. He had to reach around me to do that. His body came sinfully close to mine, centimeters from touching me.

“Fuck your recorder,”he growled. “Do you ever wear actual clothes that cover any meaningful parts of your body?”

“What?”That wasn’t fair. I didn’t dress provocatively. Of course, the second time I’d seen Vigil, I’d only been wearing a kimono, and the third time I’d been wearing a halter top and tight jeans. “I didn’t know you were going to come through my window tonight, you know.”

He caught me around the waist, almost roughly.

The shirt rode up, dangerously so.

His lips found mine, and I melted into his arms. His body was hard against me, and I felt dizzy.

He ran his hand over my back, over my ass. His hand was hot through the thin cotton of the shirt.

I clutched him tighter, thrusting my tongue into his mouth.

He didn’t stop at the edge of my shirt. His hand kept going, exploring my bare thigh. He lifted it as his hand slid further toward my knee, bringing my leg up around his hip.

He pushed one of his legs between mine, and my naked sex brushed over the spandex of his costume.

I let out a strangled cry.

His lips pulled away from mine. “God damn it. What are you doing to me?”

“I…”My voice was a squeak. “You touched me first.”

He let go of me, moving to the other side of the room. Disappointment washed over me. I very much enjoyed being close.

My pulse was thrumming just under my skin. I felt lightheaded. I clutched the top of the chair to steady myself.

He was still staring at me, his gaze flitting from the top of my head to my bare feet and back up again.

I watched him too. He was lean and large, hulking and powerful, and the swell of each of his muscles glowed in the light coming in through my open window.

“Are you going to get your recorder or not?”

“Oh,”I said. Right. I turned around, bending over to look through my purse.

Too late, I realized that bending over exposed me.

I started to straighten, but he was already behind me.

He pressed against my ass, and his hands were inside my shirt, moving over my hips, my waist. “You can’t expect me to keep my hands off of you after you just did that. Not when you’re not wearing anything except this fucking shirt.”

My breath grew shallow at his touch. “I could put something else on,”I panted.

His hands moved higher, pushing the shirt up at the same time. He found my breasts and cupped them. “Is that what you want to do? You want to get dressed?”

I moaned, leaning back into his solidness. “I probably should, don’t you think?”

“No,”he groaned. One of his hands left my breast and slid down my body, nudging between my legs. “I don’t think you should do that at all.”

I twisted my head, finding his lips.

His gloved hands moved on me, sending swirls of pleasure through my body. I kissed him fiercely, writhing under his touch.

Internally, I began scolding myself. What the hell was I doing? This man wore a mask and a spandex costume. I didn’t know who he was. I didn’t know anything about him. And here I was, practically naked with him, letting him touch me in all my most secret places. The right thing to do was to stop him. The right thing to do was to tell him to get away from me.

I broke our kiss, filling my lungs with air. I was going to tell him to stop. I was.

He pinched my nipple.

I cried out. Sensation shot through my torso, lighting up a fiery line directly to my clit.

He was touching that too, his fingers making languid circles around it, teasing me. Torturing me.

Everything felt so good.

I was lying to myself if I thought I was going to be able to end this. I didn’t want it over. I was really enjoying it.

I arched my back, pressing my breast firmly into his hand, my ass into his pelvis.

And I felt his erection, long and hard and hot, pushing into my backside.

Oh mother of god, the crazy masked man was hard for me, and I liked it.

I ground my hips into his, rubbing against his hardness.

He grunted. His hands moved from my breast and clit to my hips, holding me in place. “Fuck,”he whispered in my ear, his voice ruined.

I let out breath long and slow, sagging against him. My shirt had settled back over my chest. The cotton rested against my hardened nipples. I was excruciatingly turned on. 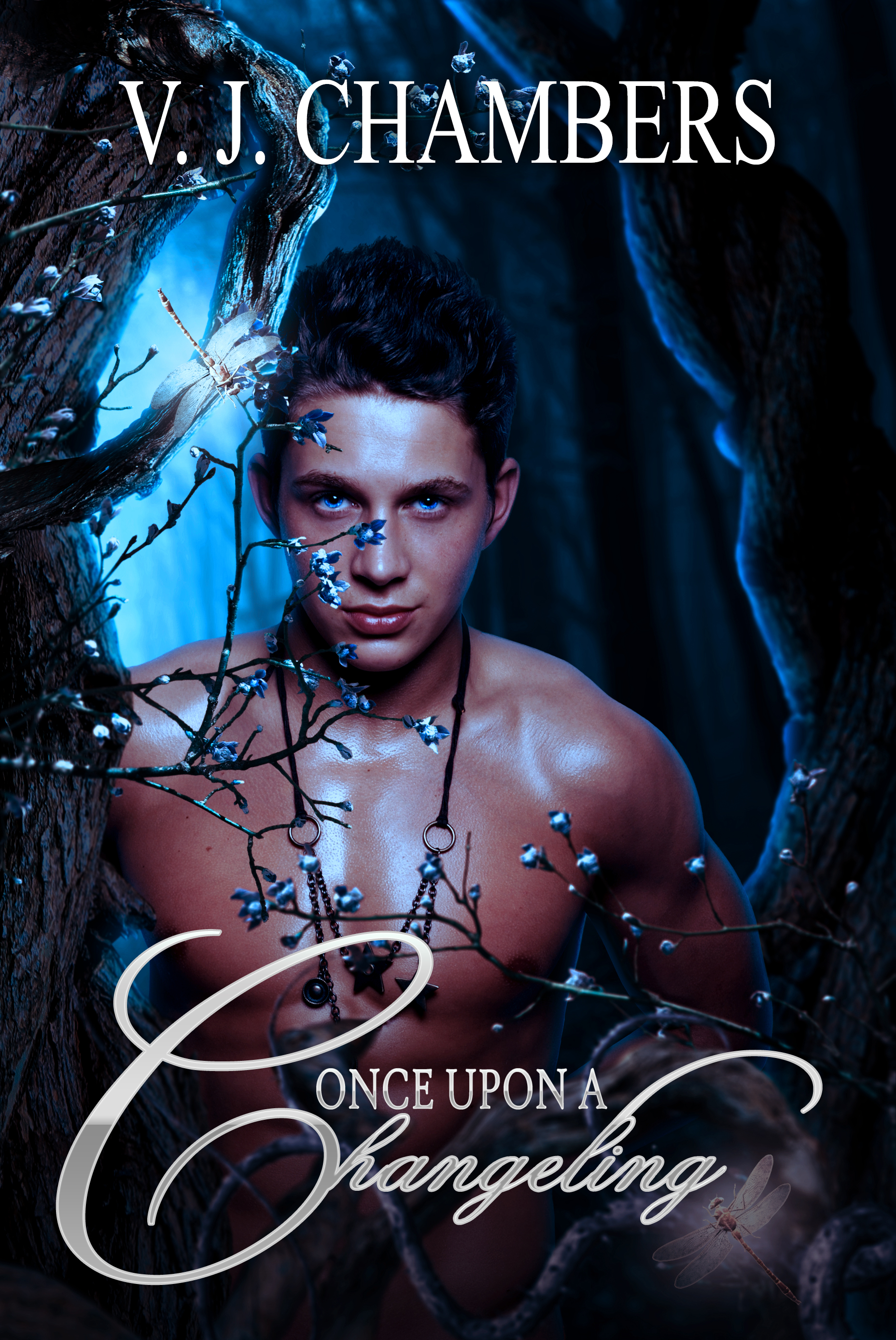 Once Upon a Changeling: New Cover and DEALS 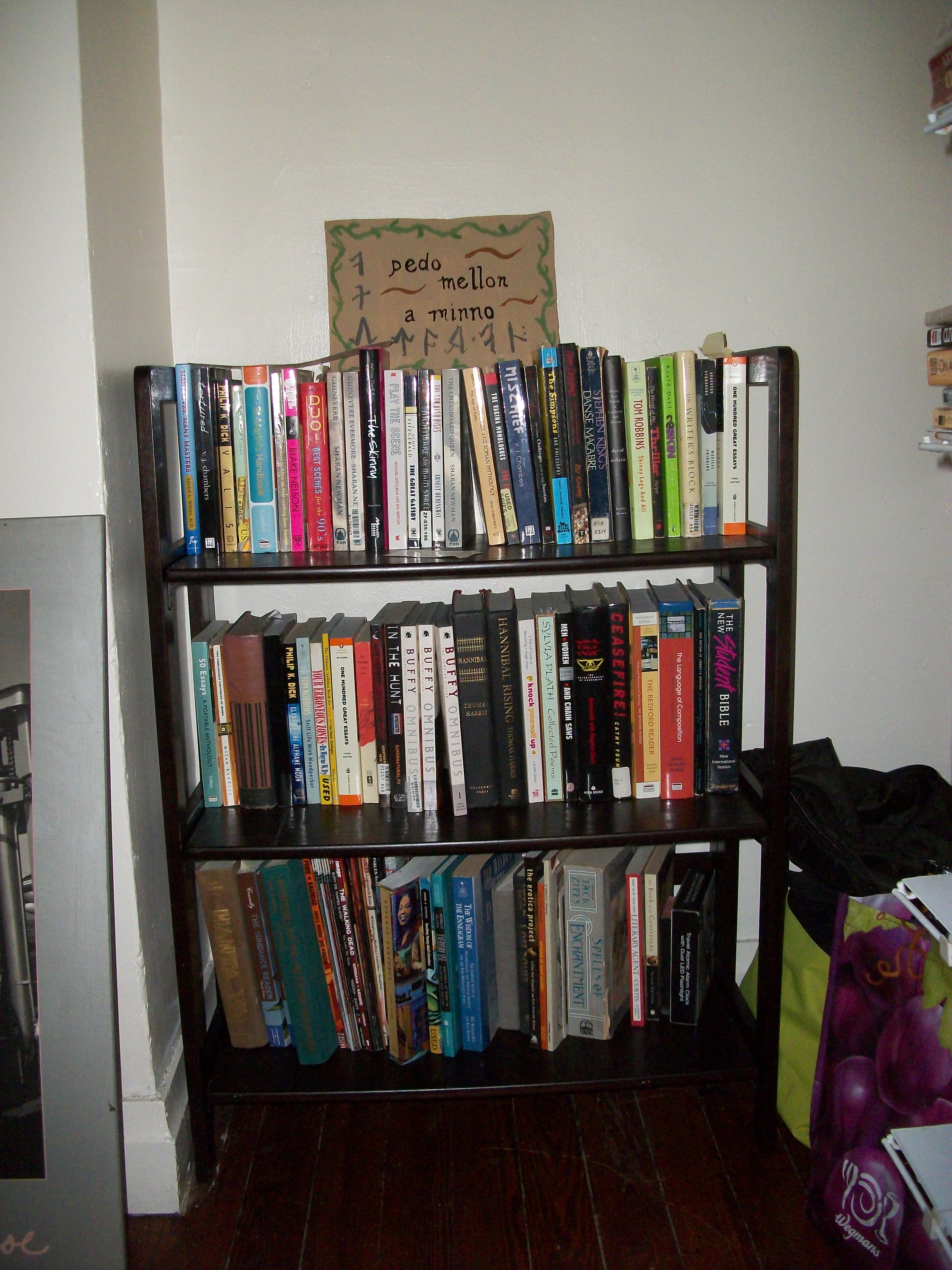 Sick of dreary winter? Go to Helicon, where winter only lasts a week!