This is me scratching my head in confusion.

Today, I examine three best-selling books series and explain why they have TERRIBLE beginnings. I’m confused about this.

Let’s start with the mother of all blockbuster series, Harry Potter.

Remember how the Harry Potter books began? Oh, sure, you probably think they began with a description of a sad little boy who lived in a cupboard.

Wrong. They begin with a prologue.

Seriously, I’m not lying here. There’s a prologue. And get this. The first line of the first Harry Potter book goes to Mr. and Mrs. Dursley. Poor Petunia and Vernon don’t even get first names. We’re treated to some meandering prose about how normal they are. This, I suppose, is meant to be intriguing. But seriously, Jo, come on! You start out your book by telling me how two very minor characters are normal?? Talk about a snore.

And it gets worse. This prologue goes on to enumerate, in mind-crushingly boring detail, crap no one should actually care about. There are some owls. There’s some weird stuff on the news. Then we get a conversation between Dumbledore and McGonagall. Mind you, WE HAVE NO IDEA WHO THEY ARE YET. They tell us about some other people who we’ve never heard of Lily and James Potter, who are dead.

Keeping score here? Okay, six characters have been introduced to us. Nothing has really happened. People are talking about things that have happened, but we as an audience really have no emotional connection to any of these people. We can tell from the authorial tone that we should feel a bit of disdain for the Dursleys, but they’re the closest things we even have to main characters at this point. So what happens now? Ms. Rowling decides to have Hagrid show up. Hagrid rattles on about someone else we don’t know, Sirius Black, and then FINALLY we meet Harry Potter. As a baby.

Okay, so this beginning throws nine characters at us. All of them eventually become important, but there’s a reason you don’t remember this prologue. You didn’t know who any of them were when you first read it. If no one had told you, “Hey, these books are good,” you would never have made it past this plodding exercise in absolute confusion.

The beginning of The Sorcerer’s Stone is positively horrid. But for some reason, some people who had never heard of this book did read it. And they got past the dreadful prologue and discovered the wonders that followed. For the life of me, I have no idea why.

Moving on, we’ll go to Twilight. Now, you may have a bit of a better memory of how Twilight begins. I’ll give Stephenie Meyer this. At least she knows to start out with her actual protagonist. But she does have this stupid frontispiece that hints that a nameless narrator is going to be in danger of dying, and she doesn’t actually care about it. Which I think is supposed to make you curious, but since the thread doesn’t get picked up again for like two hundred pages, it mostly has the effect of your thinking to yourself (when you get to that part in the book), “Have I read this somewhere else?” At which point, you page back to the front, and think, “Oh. Yeah. Teaser thing.” So, mostly, it’s dumb.

We then turn to Chapter One, or How I Got on a Plane, Got Off a Plane, Got a Car from my Dad, Went to School, Met Some People Whose Names I Can’t Remember, and oh yeah, Saw The Most Gorgeous Boy in the Universe, Who Seemed to Hate Me.

Ms. Meyer, why does Twilight not begin with a description of seeing Edward? Was there any reason to tell me what Phoenix looked like? Did I need to know the details of how long the flight was or how many times Bella would switch planes on her trip? Does it matter to me to know that Bella had a hard time sleeping the first night, and she pulled a pillow over her head?

God, it’s got to be the most boring first chapter in the history of the world. At least the Harry Potter prologue was hinting about actual things that were important to the plot. It was done in a way that I’d be sure not to retain any of them because I was trying to keep track of the trillions of people that kept getting introduced, but I mean, SERIOUSLY.

Talk about a boring sample.

But… it’s boring!!! I don’t care that Katniss thinks her sister is the best thing since sliced bread. First of all, I’ve been an older sibling, and while I would have fought to the death for my little brothers (and still would), I HATED them. Not hate, exactly, but they were annoying, okay? I don’t buy this, “Oh my little sister is so awesome” business. But whatever.

This is my experience sampling The Hunger Games (told in present tense as an homage to the book.):

I’m sure this story will pick up soon.

No. Um, let’s describe the cat. Seriously? The cat?

I’m skimming at this point, which is why I have to go back and reread the conversation with Gale, because I’m convinced he’s a girl and possibly another little sister.

Vaguely. Mostly, I’m thinking, “This sounds kind of like Little House on the Prairie. I thought this book was supposed to be exciting.”

At which point I determine that all the people who think this book is so good must be smoking crack, and I click off the Amazon page. Three times!

By the time I actually decided to read it, I’d had so many people tell me it was good I forced myself to give it a few chapters. And then, of course, I neglected the rest of my life–including eating and sleeping–to read the book. Because it was phenomenal.

Why is this? Why do all these really popular, really engrossing books, have such boring beginnings?

Why didn’t the editors of these books try to get the authors to start closer to actual beginnings of the stories?

And how, in the name of God, did anyone read far enough to actually find out they were good? I think some people must simply be more patient than me. And I thank those people, because without you and your recommendations, I never would have discovered these books. And I’m really, really glad I did. 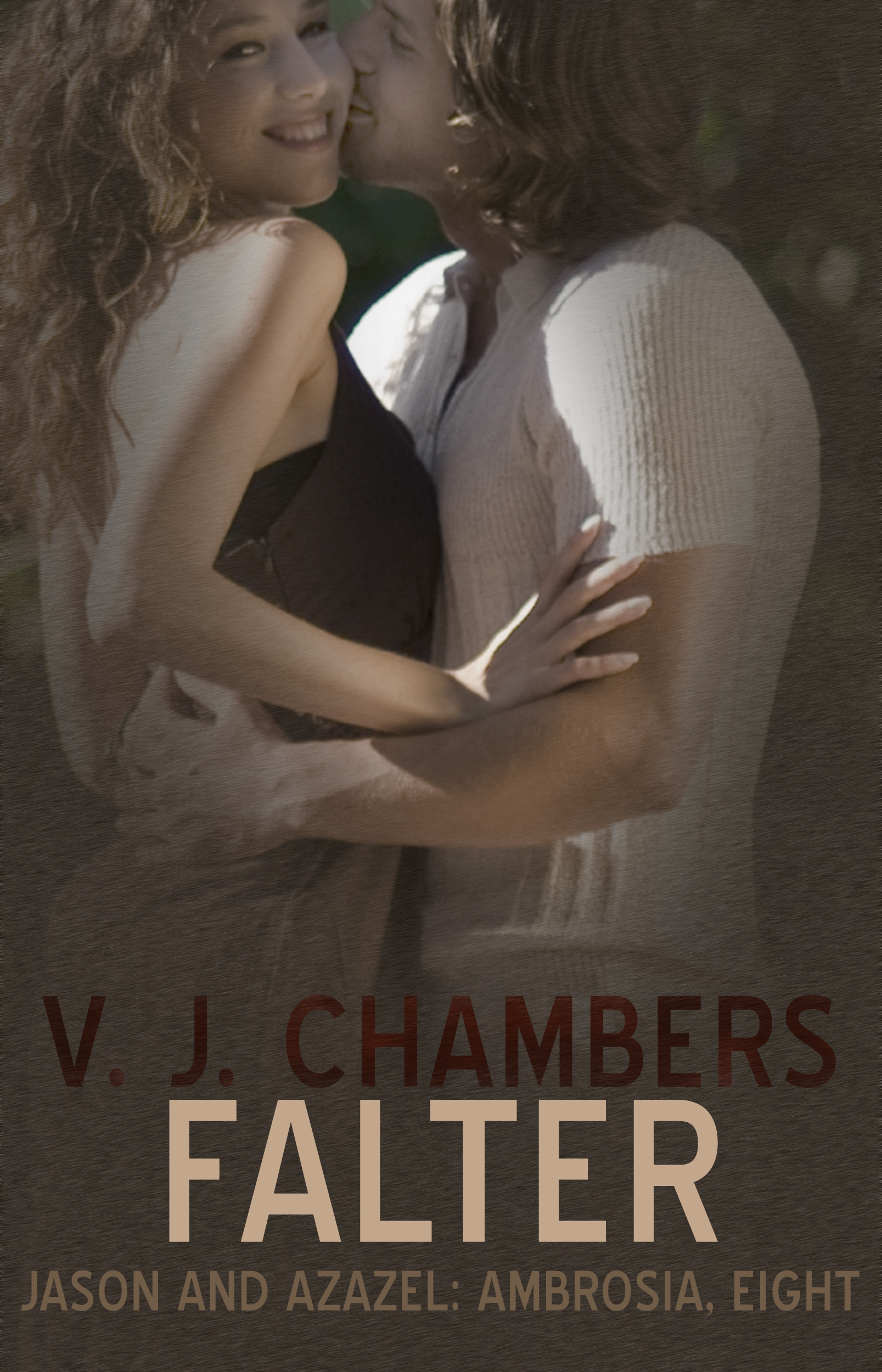 Get your Jason and Azazel fix NOW!!