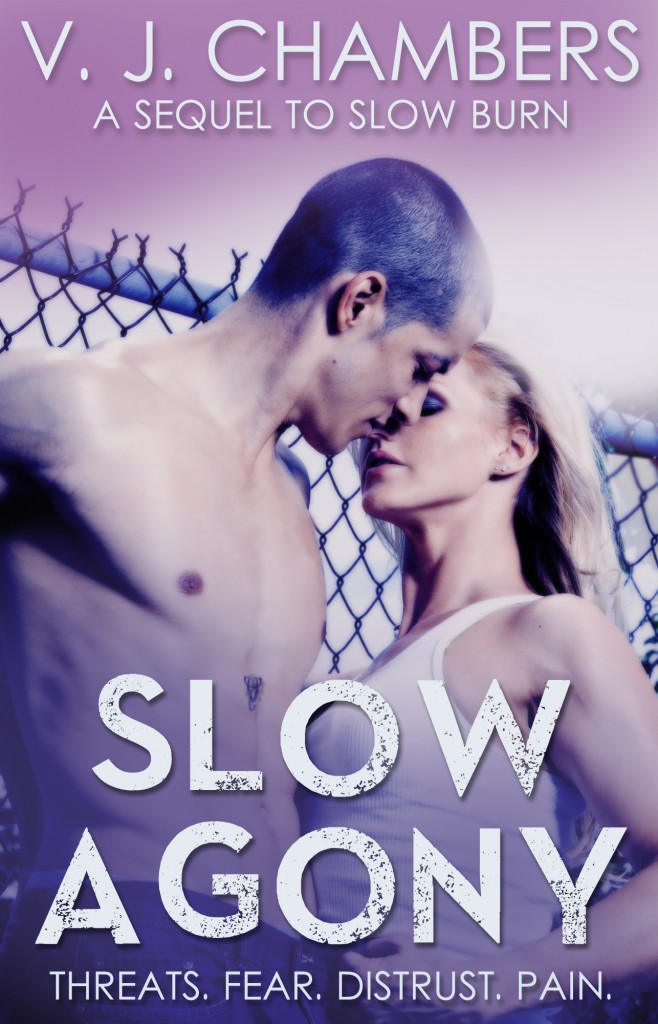 A sequel to Slow Burn.

What drove them apart? And will danger bring them back together again?

Griffin left after New Year’s Eve. There was a misunderstanding. He thought he saw something Leigh swears he didn’t see.

He came back a month later. But by then, she’d already done something that Griffin thought was horrible. He couldn’t be with her anymore. So, he left for good.

Now, three and a half months later, a madman named Marcel is threatening Leigh, demanding that she get a message to Griffin. She doesn’t have a choice. She has to go to Griffin for help.

More than anything, she wants him back, but he’s made it clear that he’ll never forgive her. Stuck together in the same apartment, they will have to confront their problems.

Because what Marcel has planned for them is so harrowing, they’ll need to be able to depend on each other.

To be notified as soon as Slow Agony is available for purchase, please join my update list: