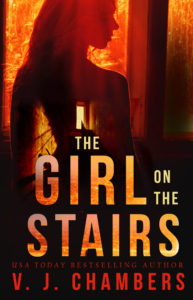 Was a twelve-year-old girl victimized when her parents were murdered? Or was she the co-conspirator and illicit lover of the murderer?

Now, Lola’s all grown up—brash, sure of herself, and unsettlingly alluring. Though she says she wants to open up about her past, she makes Sam work for every piece of information he gets. Nothing makes sense. He doesn’t know if she helped kill her parents. He doesn’t even understand why she wants him to write this book.