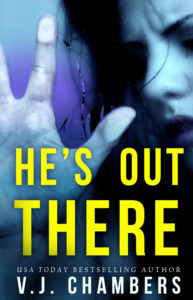 He is attracted to her. Of course he is. But what he feels for her, it is more than something carnal. It is inspired, almost otherworldly.
This is it. The last weekend. They will all be dead by dawn.

Every fall, Pagan Moore meets up with her college friends for a weekend together. This year they’re gathering in a posh mansion on its own private island off the coast of Maine. Sometimes when they all get drinking, old wounds get opened up. Pagan expects some friction and drama. She doesn’t expect a massacre.

Over the years, she and her friends have drifted apart, but the link between all of them is Pagan’s best friend, Lia Henderson. Lia is the glue that holds them together, even now, four years after graduation.

But someone stalks Lia, and his fixation has turned deadly. He will kill them all to get to her, one by one.

Pagan and her friends are oblivious.

But he’s out there.

Get it on Amazon.