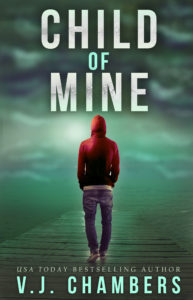 Lorelei Taylor’s autistic son, Simon, is a suspect. But he didn’t even know the girl. Did he?

Simon is sixteen, vulnerable, and diagnosed with Asperger’s Syndrome. Lorelei knows her gentle son could never harm another person.

But then she finds Simon’s camera full of photographs of the murdered girl, and her certainty begins to waver.

As the police circle in on her son, Lorelei has only one choice–to solve the murder and exonerate Simon. But does she know her teenage son as well as she thought she did?