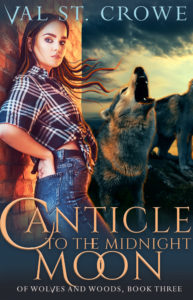 An uneasy alliance between the former vampire king, Viggo Heathcote, Camber Fordham, and her new mate Landon Bowie, has been formed to search for those stolen by the powerful dark figure.

Viggo claims to love Camber’s sister Desta, and says he will do anything to rescue her, but Camber doesn’t trust him, and Landon straight-up hates him. This doesn’t make it easy to deal with attacking bloodhounds and faulty blood magic, even in the best of circumstances.

But then the three of them are captured by the dark figure as well. Now, in order to save the people she cares about, Camber must also escape. And there is no way out.