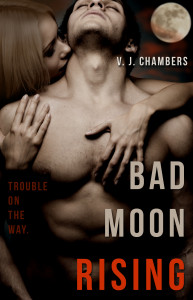 Dana Gray is no longer mated to Cole Randall, but as his former female alpha, she is still tied to the werewolves he forced into his pack. Now, she searches for a way to undo that bond and free herself from the wolf pack structure entirely.

Following a lead to sever the ties to her beta wolves, she arrives at Hunter’s Moon Farm, a commune of werewolves whose atypical approach to wolf packs may offer her a solution.

When Cole discovers where Dana is, he risks capture by the authorities and goes after her.

Cole knows Hunter’s Moon Farm well. He was born there, raised there, under the thumb of the charismatic and manipulative Brother Jimmy—the head of the commune and Cole’s father. Jimmy blames Dana for seducing his son and taking him away from the family. Cole knows she won’t be safe there.

And Cole will do anything in his power to get Dana away from his father’s influence.